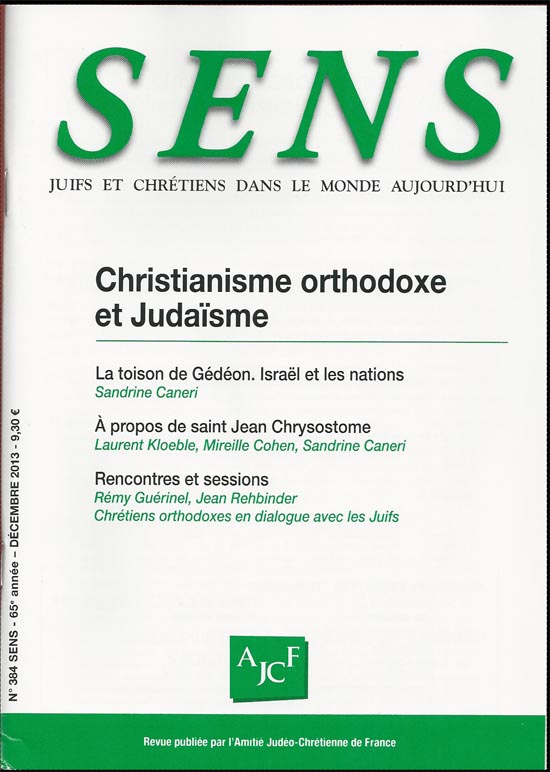 This issue is the fruit of a whole team work that Sandrine Caneri, Vice-President of the AJCF, representing the Orthodox Church, has set up for several years. Conscious of the need for ensuring a bond between orthodox Christianity and Judaism, relations which are still today all new, she reconsiders with new expenses the message of the Church Fathers revisited in the context of their time.
It is all the work of Laurent Kloeble on saint Jean Chrysostome, with, in preliminary, an article which gives the spirit of such a new approach : putting in context Holy Fathers and not judging, by Mireille Cohen and Sandrine Caneri. This latter one also delivers to us a reading of the episode of the fleece of Gideon, one of the Judges of the Old Testament, by precisely calling upon the Church Fathers. Other examples of meetings between orthodox Christians and Jews are given by Rémy Guérinel, for France, and by Jean Rehbinder for Germany. Worth noting the rich review of the last film of Claude Lanzmann ‘The last of unjusts’, by Anne-Marie Baron and the review of Bishop Francis Deniau, making an invaluable analysis of the book of Paul Bony on ‘Paul’s Letter to the Romans’, relying in particular on work of Rabbi Rivon Krygier on Saint Paul. 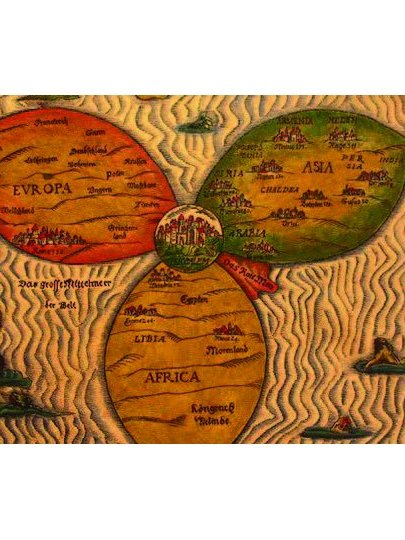