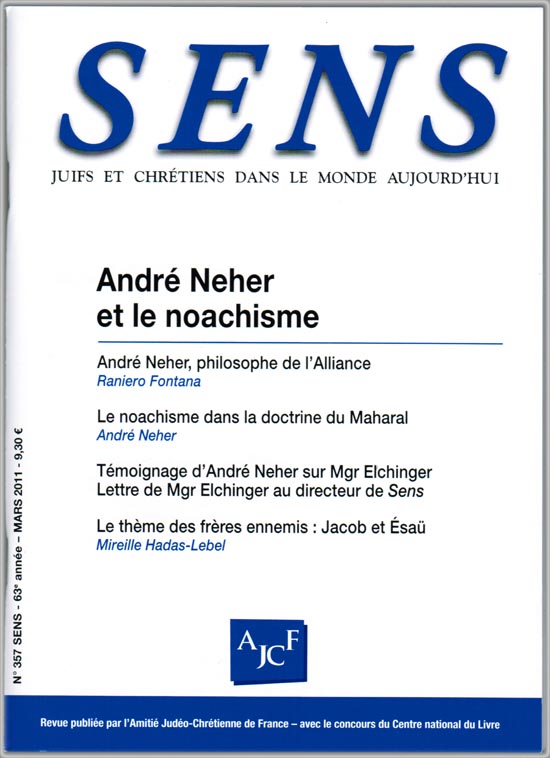 Because he had both a Biblical and Midrashical approach of Philosophy, André Neher necessarily encounters the particular dimension of the Covenant (the Covenant between God and His people) as well as its universal dimension (called Noachism by Judaism). This makes André Neher a ”Philosopher of the Covenant”, as Raniéro Fontana (teacher at the Jerusalem Institute Albert Decourtray) shows in the first article of this issue.

The review also proposes André Neher’s unpublished documents : a work on “Noachism in Prague Maharal’s doctrine” and his own testimony on the building of a Jewish-Christian bridge by Abbot Elchinger of Strasbourg, before he became Coadjutor Bishop of the town. A letter written by Mgr Elchinger to the Editor of the review at the time of André Neher’s death completes this set of documents.

The review publishes Mireille Hadas-Lebel’s survey on “Bitter enemies : Jacob and Esau or Israel-Edom” based on the Bible and the Midrash. This issue offers a large space to reviews of books.