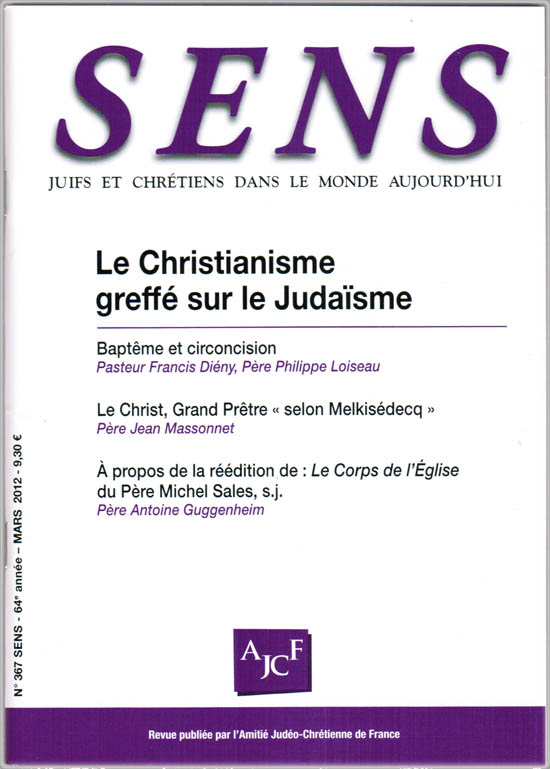 At the beginning Philippe Boukara reminds us the scope of the SIDIC project whose two coordinators, Sister Louise-Marie and Sister Dominique, are going to receive the AJCF Reward next October.

The core part of the issue is the two articles centered on the Jewish origins of the Christian baptism : Minister Francis Diény links it to Noah’s Alliance, Father Philippe Loiseau sees it in relation to the circumcision. But each case is about understanding the connection between the new ideas brought by Christianism within its continuity of Judaism. For his part, Father Jean Massonnet uses the Midrash methodology and explains the nature of the eternal priesthood to identify the meaning that should be given to the following expression in the Epistle to the Hebrews : “Christ, priest after the order of Melchizedek”.

Finally, Father Antoine Guggenheim introduces us to The Body of the Church, the reference book of Father Michel Sales SJ. The new edition of the book is enriched by a development on : “An introduction to the reading of cardinal Lustinger’s The Promisse.