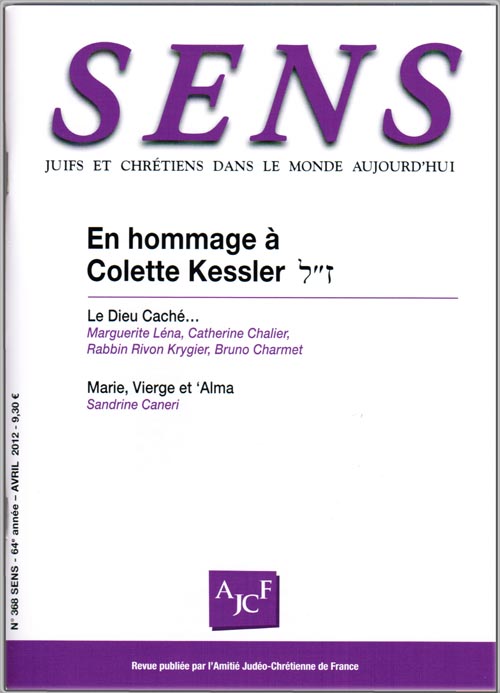 On the occasion of the 2nd anniversary of Colette Kessler’s death and the posthumous release of her book Hidden god, revealed God. Essay on Judaism (Ed. Lethielleux / Parole et Silence, 2011), the Liberal Jewish Movement organised an event during which a plaque in her memory was inaugurated on the premises of Talmud Torah (whose principal she had been for a long time). During this event four of her friends presented the theme of her book starting from a verse in Isaiah (45,15) : Truly you are a God who hides himself, O God and Savior of Israel. This issue publishes in full these four presentations. Marguerite Léna, starting from Isaiah and Blaise Pascal, evokes the cloud presented in the Scriptures as hiding in order to better reveal. Catherine Chalier, inspired by Martin Buber, one of Colette’s teachers, comments upon the same verse and deals with the very terrible problem of Tsimtsum. The rabbi Rivon Krygier, going back to the writings of the cabbalist Moshe Haim Luzzatto, wonders about the causes of this distance from God and insists on the free arbiter and dignity of man called to be in partnership with God. Finally, Bruno Charmet, who was directly involved in the putting together of Colette Kessler’s new book, presents the texts published here.

This set of articles is completed by one article by Sandrine Caneri about Mary, Virgin and alma, which develops Colette Kessler’s old reflection on the meaning of the word “alma”. 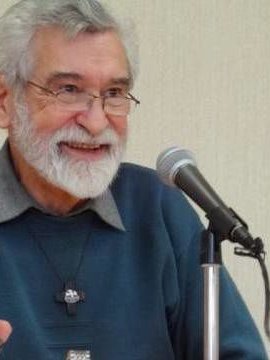