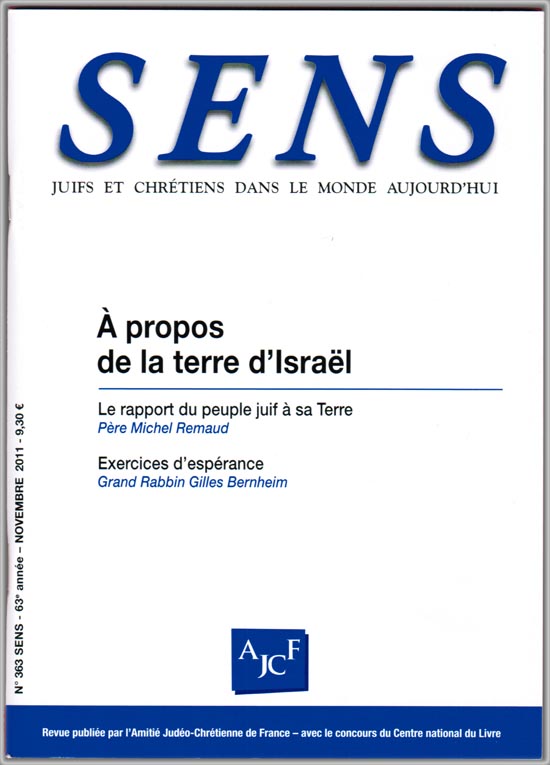 In an interview with Maddy Verdon, Father Michel Remaud explains what theological approach (rather than an approach based on the media) a Christian should take about the “land of Israel” and the people to whom it was entrusted. He insists on the fact that the relationship of God to His people (and therefore the meaning of the gift of the land) must be grasped from the knowledge of the Jewish tradition (and not just of the First Testament).

One can also read the beautiful meditation that the Chief Rabbi of France, Gilles Bernheim, addressed “to his friends, to the youth and to all his brothers in religion”. Gilles Bernheim called his meditation “Exercises of Hope”.

Finally, the review publishes two papers on the twentieth celebration of the Christian Center for the Study of Judaism (part of the Roman Catholic Department of Theology of Lyon) : Sandrine Caneri’s record of the event and Liliane Apotheker’s lecture on the “transmission in living Judaism”.